CRAFTBOT EMPOWERS THE FIGHTERS OF COVID-19

Craftbot’s culture, has always been one about family, entrepreneurship and innovation. Our approach to winning the war against COVID-19 is global with a strong community focus. Our fight started by redirecting our resources to set up our own Rapid Local Manufacturing (RLM) of a farm consisting of 12 3D printers within days, capable of printing and manufacturing thousands of faceshields in less than two weeks. Our RLM proved effective to disseminate and share with our network of distributors in various countries to empower them through hardware and software support in their local fight. We reacted globally but implemented locally for impactful results.

THE FIGHT IN HUNGARY

Our RLM 3D printing farm was set up in four days with the use of 12 Craftbot IDEX machines allowing the capability to double the production.
Our Software team was focused mainly on optimizing the design of any of the personal protective equipment, ventilator parts and other items needed for this fight. The result was four thousand protective shields in less than two weeks donated to hospitals, local governments and other organizations that might need them.

We also cooperated with Óbudai Egyetem, working and designing on a special ventilator known as the "multiple ventilator" which allows several patients to benefit from it thus maximizing the use on one ventilator to support several critically ill patients. The design team used the CraftBot Flow IDEX to print the prototypes.

Our network of distributors ignited then where we empowered them and their users by supporting several Rapid Local Manufacturing and setting them up in days.
This was done by sending more than 20 CraftBot printers to distributors and supplementing their stock for an impactful RLM. The result was local communities supporting their own with their requirements of Personal Protective Equipment which has proven to be impactful in this fight. 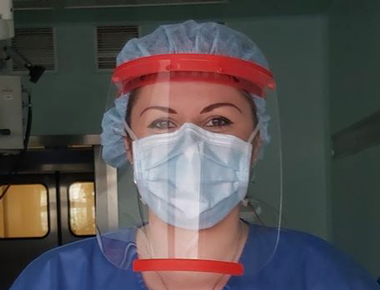 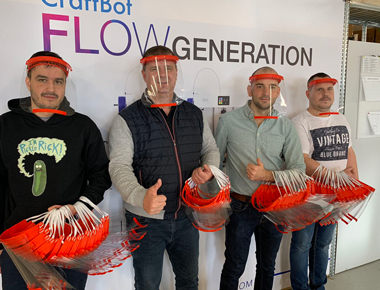 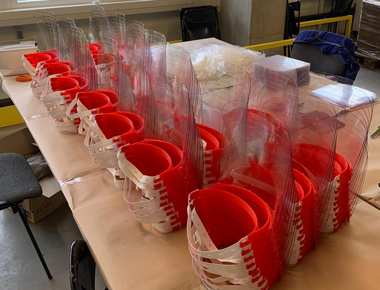 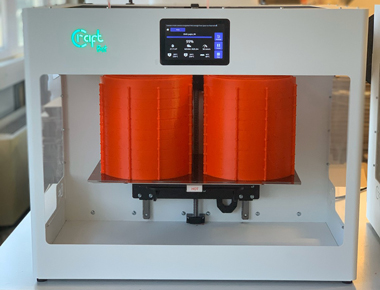 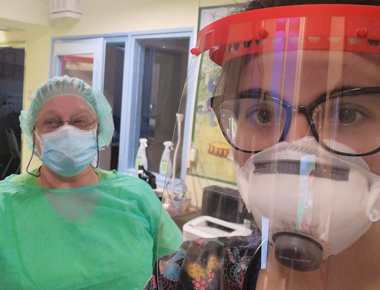 THE FIGHT IN GERMANY

Our RLM strategy was scalable and our strong network presence in Germany allowed us to lend our support there as well and supplement the on going efforts. In cooperation with our German partners we were able to manufacture thousands of masks and medical parts. Our approach was with three of our partners spread throughout Germany, 3dK Berlin, RUHSOURCE and HEURON where they had shifted their production to Personal Protective Equipment and other medical parts using their CraftBots. In turn, the three companies were donating their products to hospitals, doctors and other vulnerable and highly susceptible individuals to infection. Our approach there was to supplement their initiative to maximize the impact of their RLM by sending them 9 printers to double their outputs.

• 3dk.berlin has and continues to manufacture face shields using the CraftBots. 3dK has already given away 5000 face shields and 50 spools of filaments to Johanniter hospitals. Their RLM consists of CraftBot XL, CB Plus, CB3 and a CraftBot FLOWprinter. The machines are running 24/7. 3dK Berlin continues to produce thousands of shields monthly by supporting the local maker space xHAIN who remains committed to the COVID fight.

• HEURON, in the Ruhr area has already printed and delivered more than 1000 masks. Heuron went one step further and has teamed up with a group of manufacturers to find volunteers and sponsors to support the production line by buying foils and rubber bands, across their private maker group www.ruhrgebi3d.de.

• RUHRSOURCE, a 3D printing expert from Bochum, redirected his talents to fighting the virus with his CraftBots early on in the Pandemic days. Since the end of March, Ruhrsource has manufactured more than 1000 face shields, masks and door openers and has given them at cost. 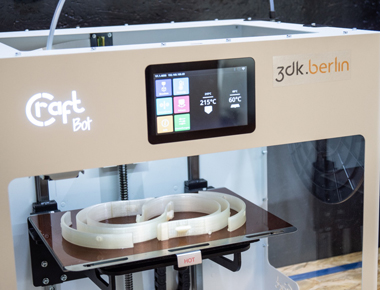 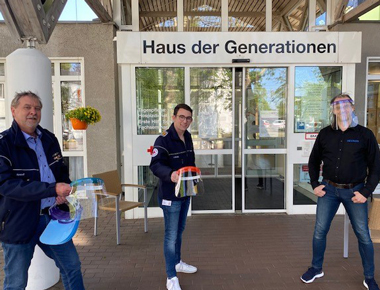 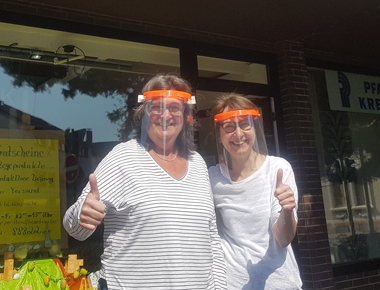 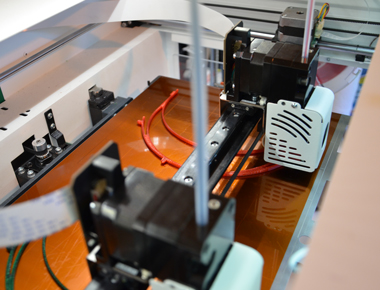 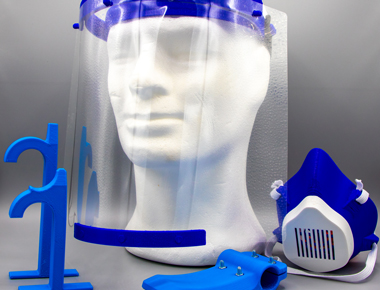 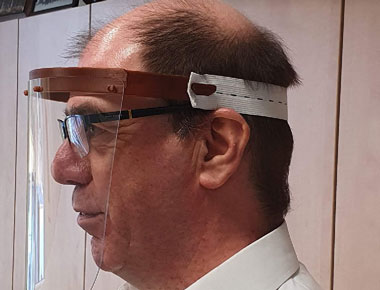 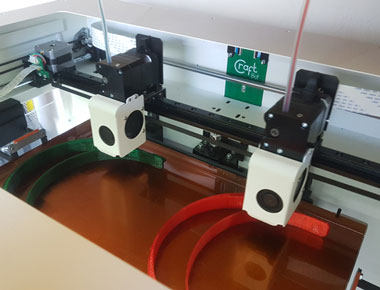 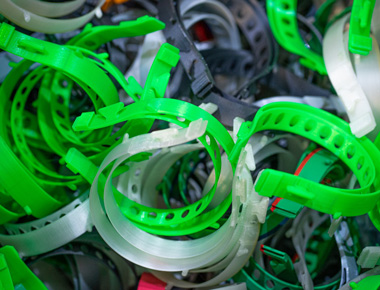 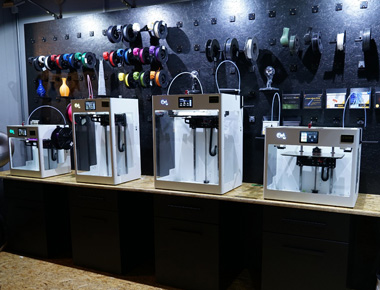 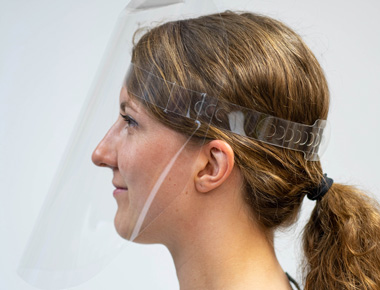 THE FIGHT IN UK

Located in Cornwall, the Rapid Local Manufacturing Centre will 3D print PPE, provide economic and environmental impact analysis of the process, and support a community of enthusiasts, with 3D printers already at home, to produce PPE for the national effort.

London, 18 May 2020: 3D printer manufacturer, CraftBot has announced that they have created a Rapid Local Manufacturing Centre (the Centre) in Cornwall to support the national effort to produce PPE for key workers. The Centre will serve as an information hub for hobbyists across the UK looking for support and guidance in using their own 3D printers to produce PPE. To launch the Centre, CraftBot has donated fifteen 3D printers worth £35,000.

The Centre will include a public live stream inside one of the printers, which will capture how the products are being created, as well as offer advice and invaluable insights on how other 3D printer owners can create PPE with their own 3D printers.

Through a project with the University of Exeter the printers will also be fitted with special equipment to record and monitor the environmental and economic impact of the print farm, which will allow the team to continuously improve the process.

The Budapest based 3D CraftBot has already helped to protect front line workers around the world, working with partners to set up ten 3D printing farms including in Germany, Hungary, the United States and Canada. In Hungary, CraftBot has made and donated more than six thousand face shields to local hospitals.

“We are very proud to support the community of innovators who are helping to protect our key workers and keep vulnerable communities safe, by turning their homes and business into mini manufacturers”, says John Kassis, VP Commercial at CraftBot. “The insights we will gain from the Centre help us make the processes more efficient and enlighten us to future trends, allowing us to better support new print farms across the UK. We hope it will also inspire people to look into creating their own print farms. We’ve had customers as 10-year-old innovator Jack, using CraftBot printers to create PPE to support the national effort.”

Initially, the Centre will include six 3D printers donated by CraftBot, and will be able to produce special glasses, and face shields for key workers, along with other equipment including door openers and ear protectors. The 3D print farm will be run by local suppliers J-Supplied and 3D Print Cornwall, and the PPE will be donated to local care homes and GPs, dentists, pharmacists and local shop owners.

“With the support of the University of Exeter we will be able to better understand the environmental footprint of 3D print farms. This is the first concept of its kind and we are very excited to see it come to fruition,” says Michael Huntfrom 3DPrint Cornwall. “The process will be available to view 24/7 through a video stream from a camera that is embedded in the printers, which will demonstrate the machines’ ease of set-up and the minimal maintenance requirements.”

A second 3D printing farm will also be set up in Shropshire with six more 3D printers donated by CraftUnique. CraftBot printers have been available in the UK since 2018. The company has a strong representation of well-known distributors in the UK with BOX, RAM, J Supplied, Emvio Engineering, 3D Print World.

Jack, 10, from London
Jack, 10, received his first 3D printer, a CraftBot FLOW IDEX for his tenth birthday on March 26th, 2020. A few days later, after seeing a report on the BBC about the PPE shortage nationwide, he realised he could use his 3D printer to make PPE for local frontline workers.
His mum helped him get the right materials, and friends and family donated money to help him buy more 11 3D printers so he could set up a printing farm in his living room to print continuously face shields – hundreds of shields weekly.

Michael Hunt, Cornwall
Michael is a veteran and innovator in the 3D printing industry, runs the only technical support agency for 3D printing in the UK, and through a partnership with a company called J-Supplied, offers training courses and support for industrial and professional machines.
In the face of the national crisis, Michael realised he had the skills to help his local community, which was disastrously short on PPE. Michael and J-Supplied adapted his operation to help the national effort to fight Covid-19. With the help of CraftBot, they created a 3D printing farm, where a number of 3D printers work simultaneously to produce much needed PPE.
CraftBot have provided 6 IDEX 3D printers to create face shields for care homes and local GPs, dentists, pharmacists and local shop owners. So far, they have been producing 1200 units per week themselves, and have provided 800 units to other 3D printer hobbyists. They have also purchased 200 KN95 masks to give out locally with the shields.
To support the operation, CraftBot donated 9 IDEX printers (24 000 GBP net) and Michael has raised money from the local community to pay for raw materials. They have the capability to print a vast arrange of PPE, and can move in any direction needed depending on how the situation develops over the coming months. 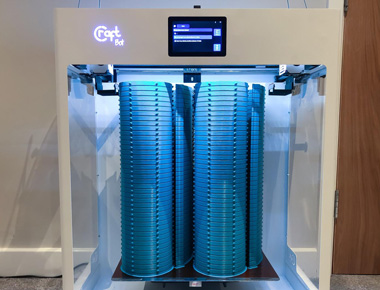 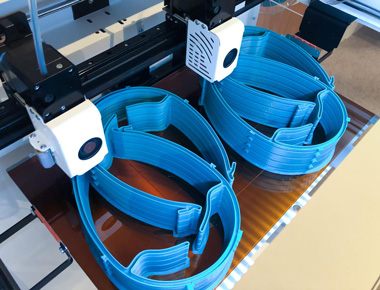 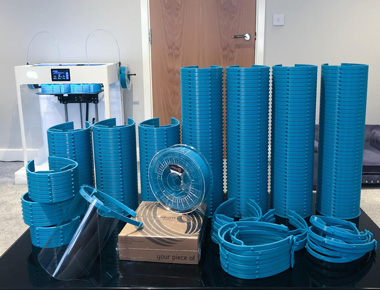 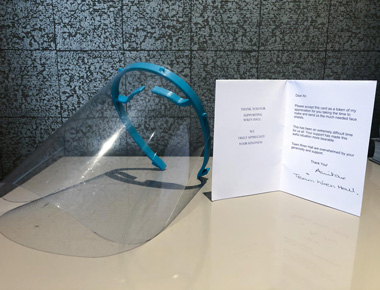 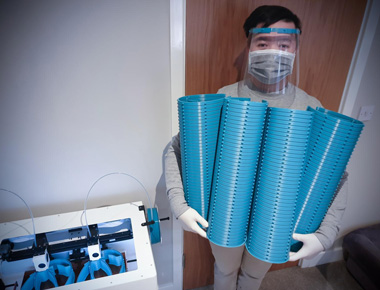 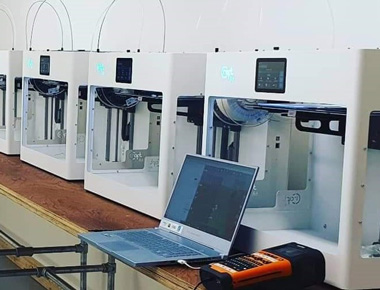 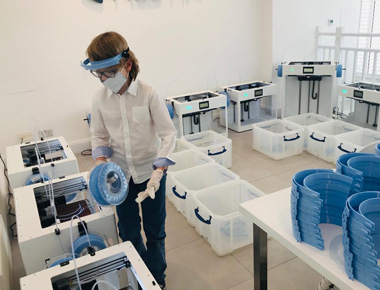 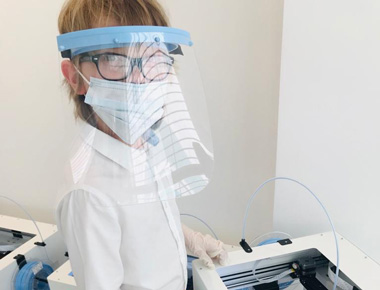 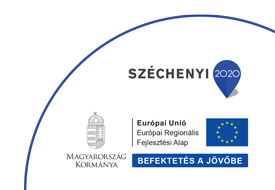